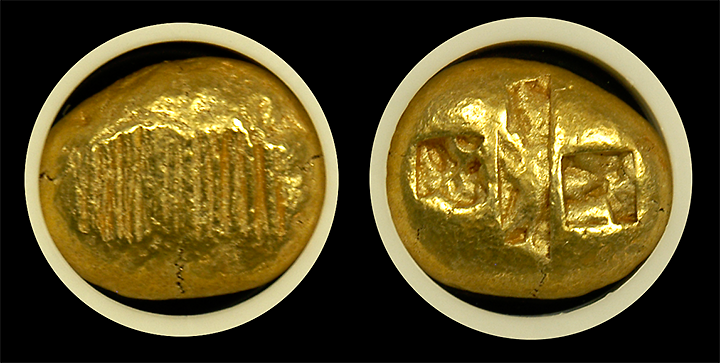 Here is the direct link to the Press Release.

The oldest coin in the world acquired by a rare coin company in Austin was sold to a private collector. Estimated to be one of only twelve known in the world today, the coin was struck 2,650 years ago in Ionia, or modern-day Turkey. You can find more coins like this at www.austincoins.com.

Austin, Texas, August 30, 2016 (Newswire.com) – Austin Rare Coins and Bullion announced today that they have just completed the sale of the first actual coin ever struck in human history.  Referred to as an Ionian “Striated” Stater, it is estimated that only twelve exist in the world today.

Minted nearly three thousand years ago in modern-day Turkey,  the coin is made from electrum, a naturally occurring alloy of gold and silver that was found in streams and riverbeds.  The striated lines on the front of the coin are believed to represent flowing water which is where electrum was found…  Press the link above to read the rest of the Press Release.