You can now own some of the oldest, most beautiful, and unique ancient gold and silver coins in the world.  While these ancient coins are thousands of years old and crudely produced, they feature some of the most intricate and stunning designs ever seen on coinage.

It became very clear over the past few years that the ancient coin market is an area of numismatics that was overlooked and underappreciated. Until very recently, most of the coins that traded were raw, ungraded examples with no guarantee of authenticity or condition. This made many who were interested take heed as there was no real guarantee or assurance to what they were acquiring.

With the advent of third-party independent grading of ancient coins by NGC (Numismatic Guaranty Corp.), we now have a situation where collectors and investors alike can acquire these amazing ancient coins with the highest level of confidence.

Here are ten reasons why many of our clients are moving into the field of ancient gold and silver coinage certified by NGC:

Below are some samples of the types of ancient certified coins that we offer here at Ancient Gold Coins. If you don't see the ancient coin you're looking for, we will do our best to find it for you. Give us a call today - 1-800-550-6314.

These Ionian electrum coins are the first coins used in human history. Simple designs of lines, or ripples symbolize running water, which is where the electrum was found in nature--near riverbeds. Electrum is a naturally occurring mixture of gold and silver. 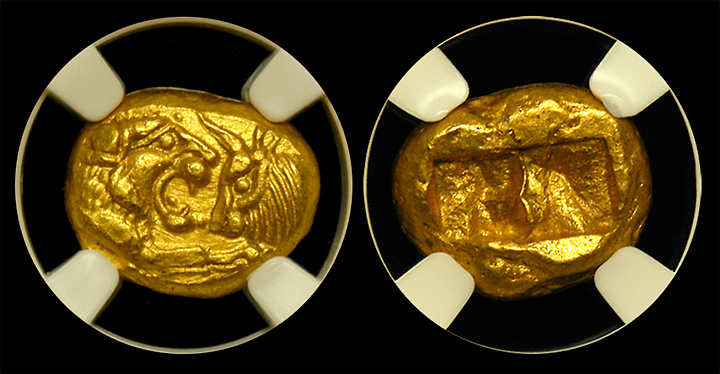 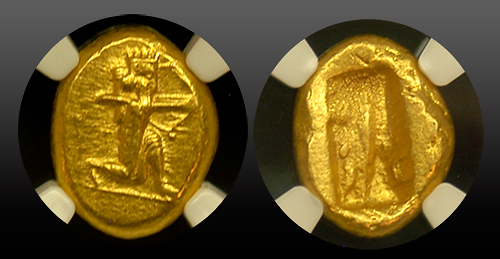 The Achaemenid Empire's 2,500 year-old gold coins depict the Persian Hero-King with a bow and spear that come in four distinct designs. The reverse employs an incuse punch that occurred when the coin was struck. This is a very attractive and well-rounded example with remarkable detail. 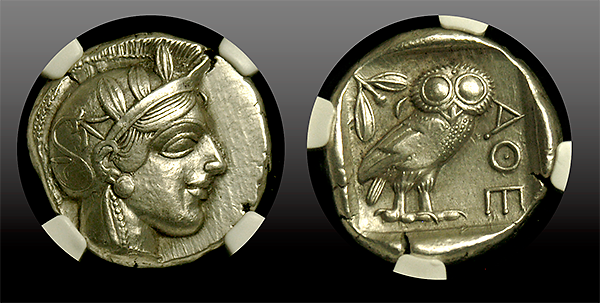 The Athenian Empire, created by an alligance of Athens and Sparta, was very well-known for their Silver “Athenian Owls.”  The lifelike owl depicted on the reverse of these 2,500 year old coins were an integral part of Greek culture, reflecting wisdom and knowledge. Athena, the Goddess of Wisdom, is pictured on the obverse in standard portrait fashion.

336-323 B.C. (Alexander the Great and other Macedonian Empire Coins)

Alexander the Great is without question one of the most notable figures of ancient history and as such coins issued under his thirteen year reign are incredibly desirable today, particularly those in mint condition. Most survivors today are quite worn, as they were issued over 2,300 years ago and widely circulated.

Ptolemaic Empire coinage was larger and heavier than most Greek coinage, broadcasting the extraordinary wealth of the empire. The Ptolemaic dynasty lasted until the death of Cleopatra VII and the Roman conquest in 30 BC. Under Ptolemaicrule Egypt enjoyed years of prosperity up until the Muslim Conquest.

Alexander the Great is adorned on the obverse of this coin and on the reverse you'll find Athena (Goddess of War) holding Nike (the Goddess of Victory.) Lysimachus was one of Alexander the Great's personal bodyguards, who after Alexander's death became ruler of Thrace. 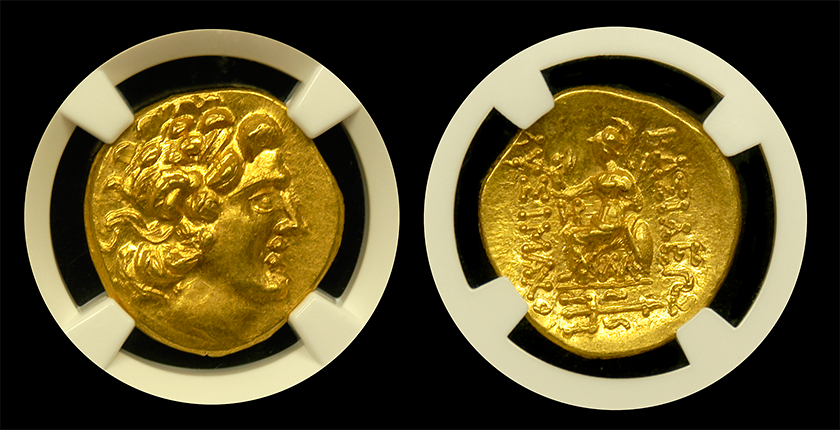 This 2,100 year-old gold ancient coin struck in the Pontic Kingdom was issued in honor of Alexander the Great and still showed the former ruler's portrait on the obverse. On the reverse is Athena, the goddess of war, seated on a throne holding Nike, the goddess of Victory, and resting her arm on a shield. 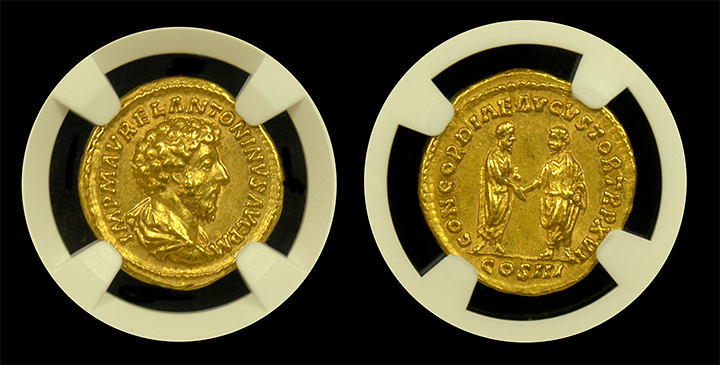 Here is an example of a gold aureus issued under Marcus Aurelius, who was one of the most respected and admired of all Roman Emperors. Most known survivors are heavily worn, but this gorgeous example is simply stunning. A lifelike portrait of the emperor can be seen on the front of all Western Roman Coins. 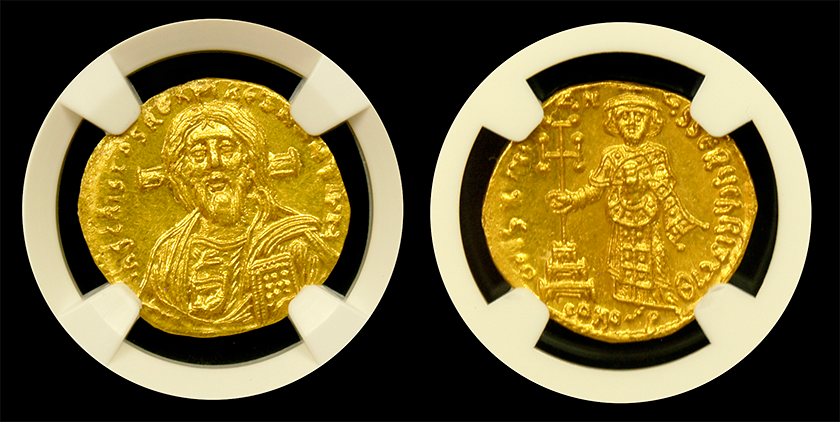 The Western Roman Empire fell in the 5th century, however the Eastern Roman Empire contiuned to exist for another thousand years. Ancient Gold Coins follows the first 400 years up through the Amorian Dynasty from 820 - 867 AD.