Coins of the Achaemenid Empire 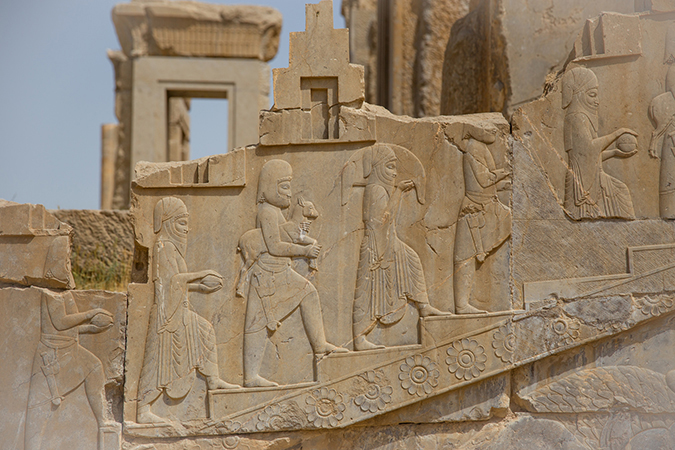 The Achaemenid Empire was unprecedented in terms of reach and power. Before the conquest of Asia Minor in 546 B.C. the Persians had no coinage. However, they quickly adopted the system employed by the defeated Lydian King Croesus. There are four design types of Achaemenid Darics known today:

Type I: Torso of bearded archer with the crenellated crown (kídaris) and sleeved chiton, facing right, a bow in the left hand and two arrows in the right. Only silver ones are known.

Type II: Kneeling archer dressed as on Type I, facing right, with drawn bow and a quiver on his back - pictured below.

Type III: The archer as on Type I but running with bent knees, moving to the right, with a bow in his left hand, a lance in his right, and a quiver on his back.

Type IV: The archer as on Type III, in same position moving to the right, with a bow in his left hand, a dagger in his right, and a quiver on his back.

The Greeks referred to these coins not as "Staters", but as Darics, in reference to the

Persian King Darius. The earliest, rarest coins depict the "warrior King" as an archer—for the skill of archery was highly esteemed in Persia. While some Darics were issued in large quantities, this, the earliest of the Darics, is an extremely rare specimen of the first Persian gold coinage.

Look closely and you can clearly see the die striations running horizontally across the surface of the coin. This coin has NOT been circulated, and the fact it was iss

ued during the rule of Xerxes makes it highly desirable.

The coin we recently handled is Mint State, star—the finest NGC has ever handled. If you are interested in learning more about the magnificent coinage of Persia, just give us a call. When these coins do come available, they are often sold very quickly, particularly high-end examples such as the one shown above.