Ancient Coins from the Ptolemaic Kingdom 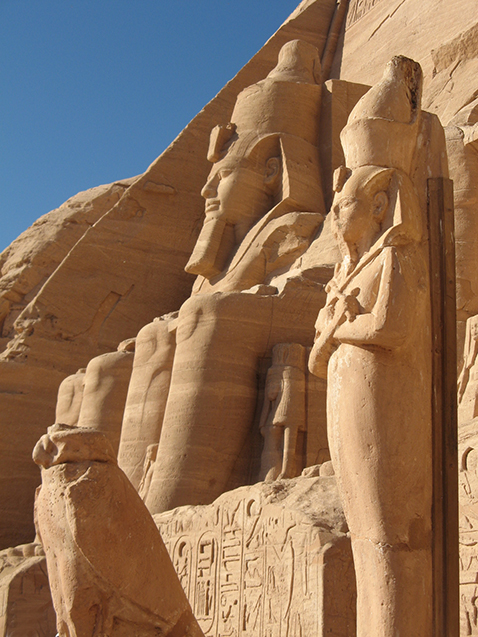 The Ptolemaic Kingdom of Egypt started with Ptolemy I Soter, also known as Ptolemy Lagi, the son of the nobleman Lagus. Ptolemy was a former Macedonian general under Alexander the Great. After Alexander’s death as his empire was divided, Ptomely became the ruler and self-declared pharaoh of Egypt (323-282 BC).

Even though Ptolemy was widely known as the son of Lagus, he was rumored and regarded by Macedonian’s to be the illegitimate son of Phillip II, who was also the father of Alexander the Great. This would have made Ptolemy Alexander’s half-brother and it is interesting to note that he was an intimate friend of Alexander while growing up. Later while serving in Alexander’s army, Ptolemy was among Alexander’s seven somatophylakes (bodyguards).

Ptolemy’s mother was Arsinoe of Macedon, originally a concubine of Phillip II. The royal family life during the Hellenistic Greek dynasty was as complex as it was intriguing. Plotting wars and murders against each other was commonplace among the various royal houses, as well as inter-family marriages and affairs.

Throughout Ptolemy’s rule of Egypt he gave respect to the Egyptian priest as a way to connect with the Egyptian people. He later merged both Greek and Egyptian influences into a new religion with a new god Serapis, the God of Healing.

Ptolemy also made Alexandria Egypt’s center of the Mediterranean with massive libraries and museums. They contained thousands of papyrus scrolls which influenced power and progress in the arts, exploration, literature, theatre, architecture, music, mathematics, philosophy, and science.

During the Ptolemaic family reign—which lasted until the death of Cleopatra VII and the Roman conquest in 30 BC, Egypt enjoyed extraordinary prosperity.  Hellenistic culture continued to thrive years later in Egypt throughout the Roman and Byzantine periods up until the Muslim Conquest.

Below are examples of gold coins issued during the Ptolemaic Dynasty:

Larger and heavier than most Greek gold coins, this coin was struck to honor Arsinoe, sister and wife of Ptolemy of Egypt. Arsinoe II was the daughter of Ptolemy I, who first married Lysimachus, king of Thrace. After his death in battle she briefly married her stepbrother Ptolemy Graunus. She fled that arrangement to return to Egypt where she married her brother Ptolemy II.

This nearly one ounce Ancient gold coin was struck by Ptolemy IV to honor his deified father, Ptolemy III. It is one of the most impressive coins of the Ancient world. Our example is extremely well struck with full detail and slight wear on the highest points of the design. We have encountered only two of these Ancient treasures and both of them sold immediately. The large amount of gold in the coin is testament to the riches of Egypt at the time of it’s production.

On the obverse side is the founder of the Ptolemaic Dynasty, Ptolemy I and his wife Berenice I. Above their heads is the Greek word for “gods.” On the other side are the busts of Ptolemy II and his sister and wife Arsinoe II. Struck through the reign of Ptolemy III, they are extremely rare in any condition today.