Macedonia began as a small kingdom in northern Greece early in the third century BC. The rise of Macedonia took place in 359 BC when King Philip II overthrew the persian rule. By using the latest innovations in weapons and tactics adopted and refined by Philip II, a uniquely flexible and effective army was trained to defeat the inadequated armies of Athens and Thebes unifying all the Greek teritories including Sparta.

King Philip's son, Alexander the Great, acomplished even a much larger campaign after his father's death to overtake the formitible Archaemendi Empire, conquering territories that stretched far into Asia, and as far as the Indus River.

For a brief period his Macedonian Empire was the most powerful empire in the world. Classical Greece was changed into the definitive Hellenistic Greece, commencing a transition to a new period of Ancient Greek civilization where Greek arts, literature, politics, theatre, architecture, music, mathmatics, exploration, philosophy, and science were spread to the newly conquered lands. 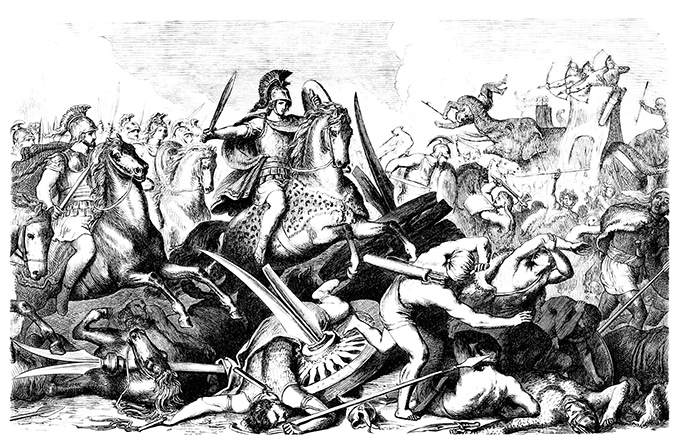